Setting aside bog-standard discrimination, I have increasingly become of the opinion that the legal recruitment industry maintains and shares an employment blacklist.

This, simply on the basis of the improbability of the total un-employability of myself, as opposed to my peers and contemporaries, the majority of whom being either equally, similarly or in some cases less-qualified than myself, have eventually been able to find gainful employment without much ado.

Although I have previously dismissed such possibilities as paranoia, the Construction Industry case affirms my suspicions as do statements by the Information Commissioner’s Office (ICO) , confirming that organisations both private and public do in fact maintain employment blacklists, which it seems from the Construction Industry case are informed by the police and intelligence services. 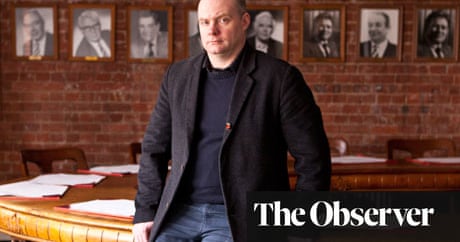 Blacklisted building workers hope for day in court after ruling

The Consulting Association, a shadowy organisation that compiled a list of 'troublemakers' — with the help of the security services — for Britain's biggest building companies was closed four years ago. Only now can its 3,200 victims go to court and...

The scope of my un-employability seems to go far beyond standard ethnic discrimination in the legal sector. I am well-educated, well-spoken, generally well-integrated as well as qualified and capable, which leads me to believe that something else is amiss.

I feel that such a blacklist (unlike trade unionism/health and safety as in the Construction Industry case) is maintained at best based on credit ratings or at worst on perceived security or terrorism risks; the latter primarily informed by ethnic or ideological profiling.

That said, I can confirm that I have no religious or ideological inclinations, no affinity to any religious group or indeed any group other than a loose membership based affiliation to a mainstream political party. I also have no debts, no credit history or any criminal record to my knowledge.

Conversations with the ICO inform me that the Construction Industry case “merely scratched the surface” of employment blacklisting and blacklists are common and are not legally offensive in principle, if they (theoretically) conform to the Freedom of Information Act and the Data Protection Act.

My suspicions are also affirmed by the experiences of a number of my associates, to whom I suggested this probability.

The most immediate step I can take seems to be, to make a Freedom of Information request to organisations I feel are at the end of the chain of those sharing the blacklist, requesting what information is held about me and what purpose it is used for and whether an employment blacklist is actually in place.

Following on from the invariable denial, an assessment can be requested from the Information Commissioner’s Office, which may bring more information to light.

The problem seems to be that this exercise would further mar me, in the eyes of the Legal recruitment industry and render me even more un-employable than I am now.

I was wondering if anyone had any advice or suggestions or would be willing to share their opinions or experiences.

Hello - I am managing director of Ten-Percent Legal Recruitment. I have never come across a blacklist of candidates across the industry, although I wish at times we did all maintain one, because there are individual candidates out there who are an absolute nightmare!

We have a note on our system that logs any candidates we do not want to work with. From memory I think we have about 5 who we choose not to work with. One of these walked out of a job after 2 hours when she decided she was bored. Another walked out of an office and took the office keys with her (she was the senior solicitor). Another turned up to a locum post drunk and assaulted a senior partner. We have a blacklisted serial job applicant who applies for posts, turns up for interviews and then decides not to bother taking the job when an offer is made.

We also have blacklisted clients - like the client in Kent who employed about 6 candidates through us and each one lasted about 6 weeks because the senior partner and the practice manager were either mentally ill, drunk or just criminal (story varied according to the departing candidate!).

Does this help you? I hope it does not add to paranoia - these are all extreme cases and www.ten-percent.co.uk has worked with over 8,500 lawyers and 1,500 law firms and in house legal departments.

What you are probably dealing with is an employment sive. I’m a postgrad and too qualified for many roles. I’m 50 and, perhaps, too old for some jobs. Although I have a lot of accrued experience I’m inexperienced for my preferred career choices. I don’t drive. If I’ve still got an employer’s attention they may have to negate the equalities laws to offer me the role. It may be that a company can’t employ you, and not that they won’t. You have a right to feel paranoid. One solution, if you are of a similar age, is to use your passport to apply for work abroad through a recruitment firm. They often help with relocation too.

Thanks Ame and JF for sharing your opinions and experiences. Personally my employment profile is in no way atypical to your average law graduate, but for my ethnicity. Indeed seeking work abroad is something I’m beginning to consider quite seriously.

It seem to me (from anecdotal evidence) that there are a large number of law grads precluded from mainstream employment simply for their ethnicity. I wonder if readers would like to share their experiences here as there seems to be no dedicated or suitable forum to discuss this issue online.

I was a graduate recruiter for many years, some spent in a law firm and I can say hand on heart there was no blacklisting going on.

As for the subject of ethnicity, it was never a problem in the slightest.

I know it’s a really tough industry to get into and people fall at each hurdle for many reasons. I set up Gradia to help students like yourself understand where they are falling down and to help them overcome these issues. Perhaps it’s something as simple as spelling mistakes on your CV or if you’re not getting past the interview stage, perhaps you need some interview training. Let me know if you want further help and keep your head held high - a positive attitude is a helpful addition to an application.

I would like to know if I am blacklisted from employment

To those who deny there is an employment blacklist, go forth and multiply, there was a legal ruling in the construction industry, didn’t you read? To the person who said that there was no such list but wished there was, hang your head in shame., how can this be right because blacklisting is not regulated and employers can blacklist list anyone they just don’t like. in the case of the construction industry, those who highlight serious shortfalls such as Health and safety dangers get blacklisted… There’s enough unemployment in this country, does it take someone to commit suicide or harm themself before anyone takes any notice. Employers need to be more responsible because unemployment can happen to anyone and often for the wrong reasons.

I’ve had 35 failed interviews on the trot and I often get complimented at interview then it goes wrong at decision time. Saying “a positive attitude is a helpful addition to an application” sounds ever so slightly patronising.

My story is as follows, I was recruited through an employment agency to work for a large (the largest educational establishment in Birmingham). After working there for over 3 years I finally decided to put a complaint in for racaially harrassement. I was told to take gardening leave while they investigated it. The main culprit was married to someone high up within recruitment agencies. She was advised to leave before the investigation started and they had the opportunity to interview her.

The establishment said that there was nothing provide however paid me a years salary to leave and not take the matter further. I had to sign a compromise agreement which stated that I could not disclose the details to anybody.
Since then I have not been able to get work through a recruitment agency. I have even moved city in order to remedy this situation but to no avail.

Hello my name is Sheenam.I am planning to study law from the U.K.Do you think as an international student with visa problem as well,I should study law from here? As I need to work in the U.K as well after LLB.

Following a frank conversation with a ex-recruitment agent, recently, I learned this information. This may not be the norm in all recruitment companies, business sectors or levels of seniority, but it offers a valid warning:

…the person I was talking to, being female, was worried about facing the same prejudice, yet propagated it themselves.

Given how illegal the above sounds, I don’t doubt that there could be something subtly wrong with your resume that could result in equally brutal filtering. (e.g. the sound of your name, the tone of your text, the formatting of content, connections on linkedin, a hint at non-native English, reputation of university, public facebook content etc).

As to whether there’s a blacklist shared between recruitment agencies - that’s a horrifying thought, but I’ve seen office spaces that are shared between multiple re-branded recruitment companie. It’s difficult to believe that stories don’t get shared at the water cooler if not in a more formal manner. I feel it highlights why we should all follow our own moral compasses and only work with those recruiters that demonstrate strong moral values and credibility.

Jonathan, how on earth can you even come close to wishing at times that companies maintained a blacklist? It is an absolutely gross breach of human rights due to how unregulated such a list would be. These lists absolutely do exist, and they are destroying people’s lives. A dear colleague of mine specialises in helping candidates with criminal records back into sustainable employment. You clearly do not believe someone can be rehabilitated if think for even a nano second that blacklists would be a good thing. It also doesn’t really matter if the person has a criminal record or not, because the reasons for blacklisting candidates are as wide, vast and unpredictable as the recruitment sector on the whole.

A absolutely abysmal idea to hold blacklists on candidates. I’m shocked you actually put your name to that comment.

get real… people do talk to each other and the scale of blacklisting is accelerating and just for someones ego being dented. some of these top managers are infants

i’m currently blacklisted for the last 7 years, these lists do exist and moderated by the police too

Inter-Organisational blacklists do exist in the legal industry but are run by managers and HR, who do share applicant data. It’s not the organisation itself but rather poor quality managers and HR of which there is no shortage at all, at law firms and recruitment companies. I used to work in legal/tech recruitment for quite a while and they are pretty dreadful people at the best of times.

I have seen various blacklists over the years in various parts of legal industry from some being so petty as not to hire women more attractive than a particular manager to not hiring ethnic people who “ruin the look of an organisation” to more recently believe it or not a private management blacklist of “not hiring the kind of person who seemed like they voted Remain in the Referendum”.

Often UK organisations taken over US companies develop a much more relaxed attitude to blacklisting and asked us to do “due diligence” on candidates, with full reports of their social media footprint. One interesting one was to not hire people “who don’t know their place” referring to “extroverted” paralegals who were likely to be socialising outside work and looked like they were having too much fun in their spare time.